Warning: setcookie() expects parameter 3 to be integer, array given in /home/route66ca/www/www/wp-content/plugins/uncode-privacy/includes/class-uncode-toolkit-privacy-public.php on line 99
 Santa Monica - California Historic Route 66 Association – Helping you get your kicks in California!

Think Route 66 ends at the Santa Monica Pier? Find out the real location of the second official end of Route 66.

Think Route 66 ends at the Santa Monica Pier? Find out the real location of the second official end of Route 66. 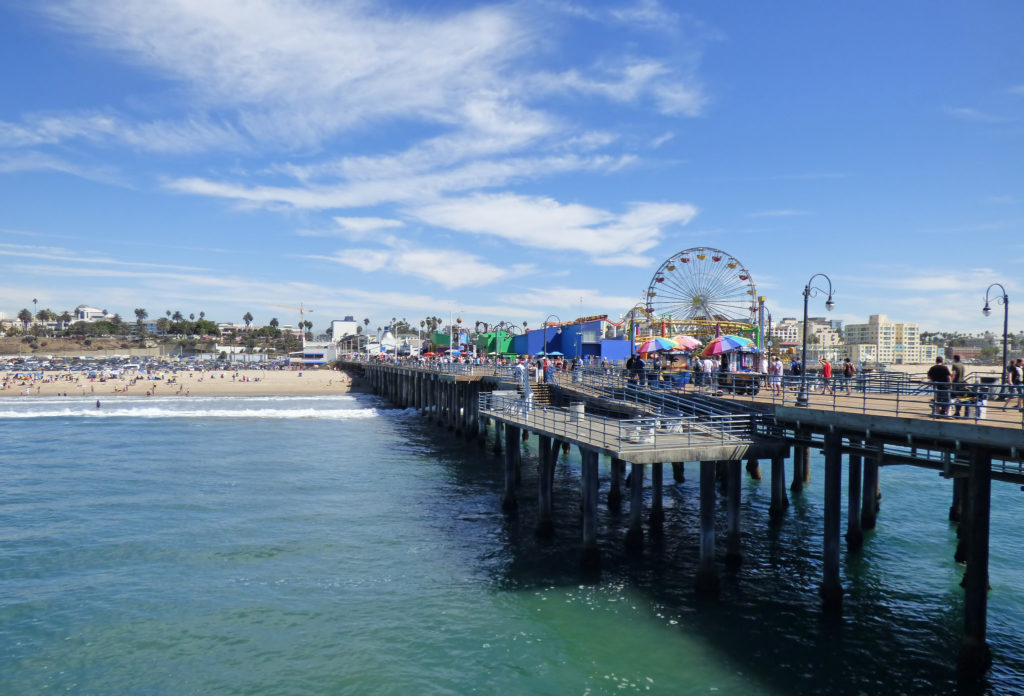 Santa Monica became a permanent part of the road’s history on January 1, 1936.  As the city of Los Angeles grew, the original terminus was extended from downtown L.A. to the corner of Lincoln and Olympic Blvds. in Santa Monica.

Confusion reigned over Route 66’s endpoint afterward, but the belief it ends at the Santa Monica Pier has always been incorrect. Federal Highway rules stated one highway must feed into another to not “dead-end” a traveler, so Route 66’s new ending was re-routed to connect with “Alt 101,” today’s California Pacific Coast Highway.

No sign stands at the official end, but the 1952 “Will Rogers Highway” plaque was placed at the “symbolic end” where Santa Monica Blvd. reaches the Pacific. From here, travelers saw the pier and ventured over the water.  Known as a “spiritual” or “traditional” end because before the Mother Road was extended to Santa Monica most tourists found their way out to Pacific Ocean Park and the beach. In 2009, past CHR66A president Dan Rice trademarked, built, and placed Route 66’s “End of the Trail” sign on the pier for Route 66’s 83rd birthday and in conjunction with his “66-to-Cali” store opening.  Today, the official and popularly accepted ends of Route 66 are within a 9-block walk through Santa Monica...a wonderful way to end your Route 66 journey.

FREE! Sign up for our email list and we will send you 66 Must See Roadside Attractions on Route 66 in California!